Hi everyone. This is a personal project that I started earlier this month and I have been working during my little free time. The character I chose was Broly from the DBZ Budokai Tenkaichi of Play Station 2.

The first thing I do when I start a project is to organize my references in Puref: 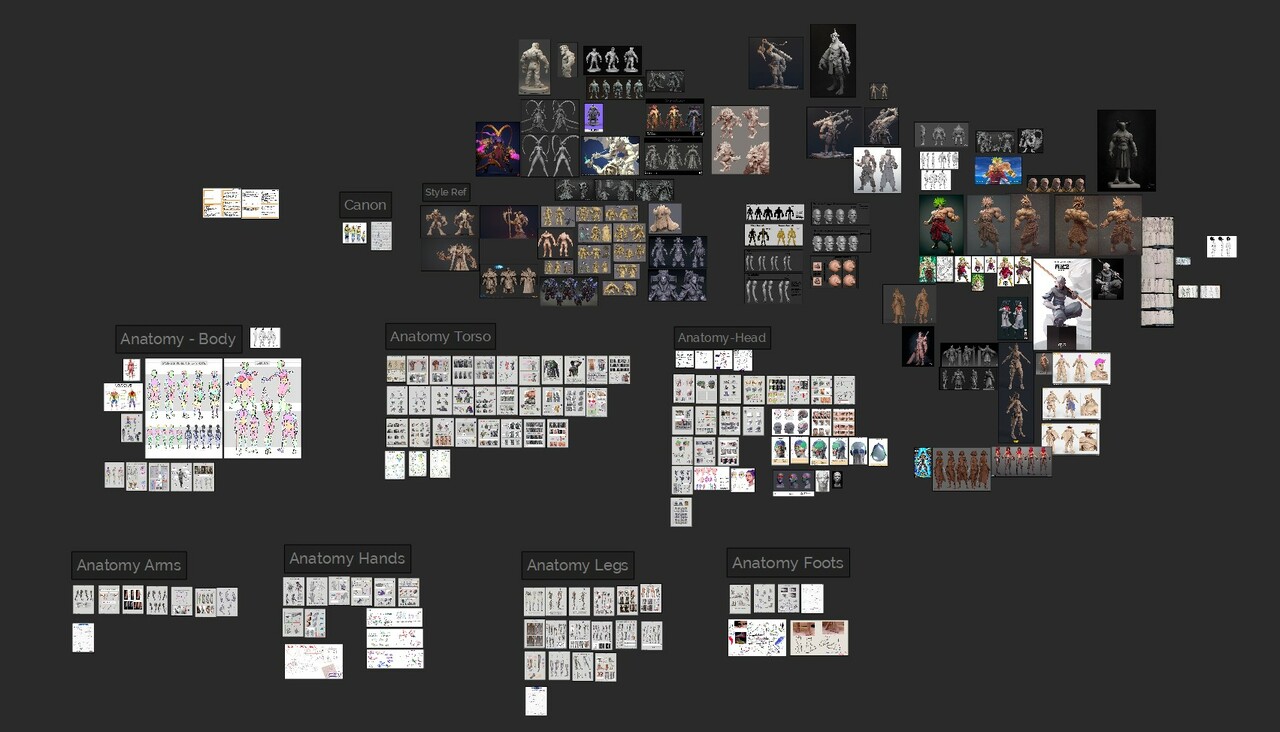 Anatomy, characters and style references. Then I do the blocking in Zbrush using primitives and the grab and smooth brush.

For this character I wanted to achieve cartoon proportions, that's why the large size of his arms.

I try to adjust the blocking to get a silhouette with correct anatomy. After having a blocking that I like, I begin to detail the anatomy trying to simplify the muscles a bit, focusing on the silhouette.

For this character I wanted to work the hair from an early stage since it is a characteristic feature of him. I did the hair in Blender using curves. Working with curves in Blender is easy.

Whe the anatomy is done I begin to stylize the body a litlle. For this character I wanted to try a hard-edged style (angularity) but that looked organic.

I worked a lot on his body and style, since it was the first time I tried to do somenthing like that (I focused on his torso and arms, since the legs were not going to be seen by the character's pants).

At this moment I realized that the cartoon proportions that I wanted for my character were not working well. I received feedback about his arms and I decided to try posing the character's arms in different positions to see if they really looked bad, and yes, they really looked bad. I think I missed working better on his silhouette to better cartoonize his proportions (it's something that I have to work for future projects). 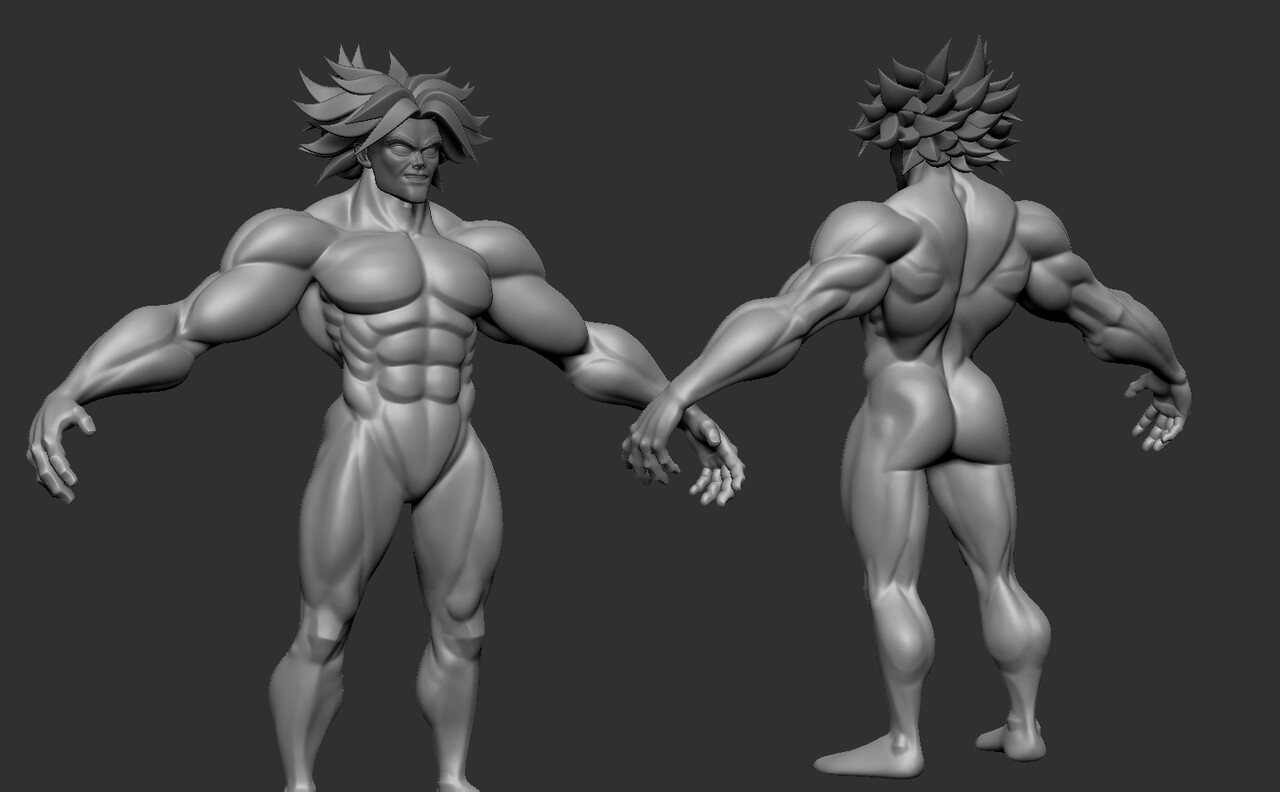 I spent a lot of time adjusting his arms, correcting some parts of his body such neck, shoulders, abs and chest and working on the style. I was a great change and the character looked better.

After having the character's body almost ready, I decided to start with the clothes and accesories. I did a quick blocking of everything and started to make the folds of clothes. I wanted something very stylized and simple for the folds, so the first ones I sulpted i didn't like.

The next day, after several attempts I achieved some better stylized folds in the character's pants. 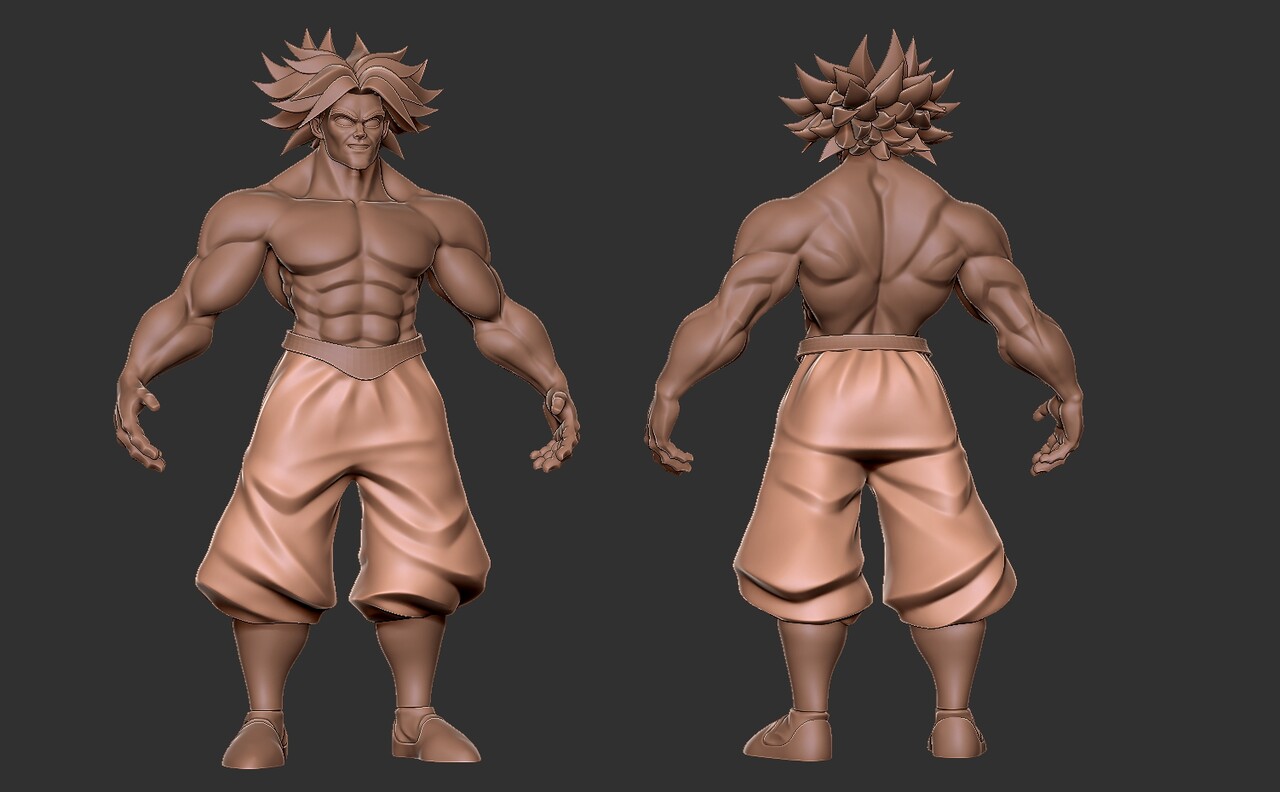 I finally worked the others pieces of character's fabrics trying to follow the same style of his pants. The hardest part was making the fabric that is on his belt.

I also corrected his forearm, wrist and hand (the thumb was wrong).

I need to work on the face, hair and accessories of the character. Then retopo, UV's, bakes, textures, rig, pose and render. The deadline is in two weeks and I'm thinking that I will not finish on time.

I will make two more publications, one when I finish the texturing and another to talk about the rig, pose and rendering.

Thank you for reading